Give For Good 2019 to support Downtown Y Revitalization

What does this mean? It means your gift during Give For Good on May 7th means even more.

We are so grateful for the opportunity to watch our community come together in support of area nonprofits. We are privileged to be among the change makers that improve the quality of life for all of us in North Louisiana. The Y is excited to announce that donations received through this year’s Give For Good effort will benefit a pillar of our community and of our organization.

In 2017, we successfully replaced our aging Broadmoor YMCA and established the BHP Billiton YMCA.  This tremendous undertaking paves the way for a brighter and healthier future for our members, our community and the strength of our association.  However, it is now time for us to build on this positive momentum by investing in the very foundation of our organization which has loyally served our community since 1925, our Downtown Y.

All donations received during the 2019 Give For Good Campaign at the YMCA of Northwest Louisiana will benefit the continued renovation of one of our city’s architectural jewels, the Downtown Y.  Immeasurably rich in history and storied beyond measure, the dazzling landmark is the focus of a massive capital campaign now underway.

Please help us give one of our most prized institutions the first class historic renovation it deserves.  With your support, we can continue to be a facility that serves the needs of our Downtown Shreveport populace and surrounding neighborhoods while keeping health and fitness at the forefront of our downtown growth and resurgence.

Thank you for considering a gift to the Y on May 7, 2019. In order to be amplified, all gifts must be made through the Give For Good website. Your donation is fully tax deductible.

GOOD NEWS!!! You don’t have to wait until May 7th! You can go ahead and schedule your donation NOW! You won’t be charged until May 7th, and you’ll be on your way to making an impact.

Learn More & Give For Good

The YMCA of Northwest Louisiana sent the first ever qualifiers from the state of Louisiana to the YMCA Short Course National Swimming Championships in Greensboro, NC April 1st-5th. Katherine Bush, Sarah Holt, Ellie Kairschner, and Evelyn Zhang represented YNWLA among 206 YMCA’s and 1473 athletes from around the country. Sarah Holt became Louisiana’s first-ever finalist at the event, qualifying for the Championship Final in the 200 Butterfly and placing 7th while achieving the USA Junior National qualifying standard in the event. Sarah was also a finalist in the 100 Butterfly, placing 22nd. Over the five day competition, YNWLA set 7 new Team Records en route to a 39th place finish in the women’s team standings.

YNWLA’s Jeffrey Cochran became the first male qualifier from Louisiana, qualifying in both the 100 and 200 Butterfly. Although unable to attend this year’s meet, Jeffrey is focused on goals of competing and contending for the finals at next year’s edition.

The YMCA Short Course National Championships date back to 1923 when the first Championship was held in Brooklyn, New York with just 11 Teams. The meet has been held every year except 1942-1945 & 1947 surrounding World War II. Having grown to host an average of nearly 1500 swimmers per year from Alaska to Illinois to Florida, Y Nationals is the only official 18 & Under National Swimming Championship open to athletes from across the country. Other “National” organization championships are broken into regions such as East & West. Every year the meet is host to many of the top 18 & Under swimmers in the country that compete at the YMCA, USA, and High School levels.

Team Records set are as follows:

For More Information about the team:

The YMCA of Northwest Louisiana takes another leap forward 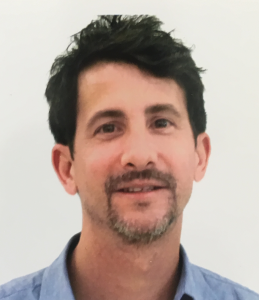 The YMCA of Northwest Louisiana is proud to announce the hiring of Jeffrey Goodman as Director of Marketing and Development.  It is the first time the area YMCA has had a fully dedicated Development Director.

Goodman grew up in Shreveport and spent his childhood competing in YMCA sports from football to basketball to baseball and swimming.  Goodman says, “I have vivid memories of learning to play tee ball out on the Broadmoor Y field and going to the downtown Y with my Dad on Saturdays.  He was so busy when I was a kid that our time at the Y was something I always really cherished.  It was some of the only one-on-one time I got to spend with him.”

A graduate of Captain Shreve, Goodman completed his studies at the prestigious Washington University in St. Louis.  While attending Washington University, Goodman was a member of the NCAA Division III Tennis Team and took home 2nd team All-Conference honors at the end of his sophomore season.  After college, Goodman spent a year in France as a Fulbright scholar and then the next seven years in Los Angeles to pursue his passion for film and for being a filmmaker.

Goodman is no stranger to entrepreneurship or development, having been one of the pioneers in the area’s film industry boom in the mid-2000s.  In 2005, Goodman returned home to direct the feature-length film The Last Lullaby.  In order to make the film, Goodman spent close to two years assembling a business plan and setting up meetings until he had finally raised the more than $2M from 49 area investors.

Commitment to community is in Goodman’s DNA as he watched his mom Sylvia for years work tirelessly to bring Sci-Port and the Robinson Film Center from concept to reality.  Goodman himself has already received a number of honors recognizing his contribution to our community, including 40 under 40 and most recently his success in revitalizing the area’s annual City Tennis Tournament.

“We all hope for it, right?”  Goodman said.  “The perfect job at the right time in our lives.  A workplace where you can bring all of your skills and experience with a mission that connects to those areas where you have the most passion.  I am in awe of what the YMCA “Team” made up of its Volunteers and Staff have accomplished so far and I can’t wait to work alongside everyone.  If the last few years are any indication, the YMCA of Northwest Louisiana is going to make an enormous impact on our area and our community in the years to come.  I look forward to playing a small part in that.”

“I am excited about adding another accomplished, talented professional to our staff that is dedicated to making your YMCA and community a better place to work and live.” Gary Lash, CEO.

The YMCA of Northwest Louisiana had a historical weekend recently hosting and winning the inaugural YMCA-sanctioned competitive swimming event held in Louisiana, according to YMCA swim team director John Janszen.

“At least four were first-time registrants as officially approved YMCA competitive swim teams by Y-USA,” Janszen said. “This is something Y-USA has been working towards for many years for teams in the South.”

The Shreveport YMCA had 65 swimmers in the event, while approximately 120 competitors were from Texas teams. More than 100 volunteers assisted the organizers during the two-day competition.

“Official YMCA swim meets are an eligibility requirement for swimmers desiring to compete at the YMCA National Swimming Championships,” Janszen said. “The YMCA of Northwest Louisiana currently has four swimmers qualified by performance and these meets are a necessity for earning their eligibility to attend.”

“Our hope is to make these events an annual occurrence and to grow them even larger in future years.”

As we prepare for the Spring 2019 Soccer Season, YMCA of Northwest Louisiana Youth Sports is excited to announce a partnership with FC Dallas that will enhance our youth soccer program. This partnership brings together two quality organizations, both focused on providing a positive experience for young players.

YMCA Youth Soccer will continue to provide a comprehensive season of practices and games that allow children to gain new skills, develop a sense of team and connect with positive role models.

Our partnership with FC Dallas will give those who choose to participate, an additional level of training that aligns with the FCD’s Junior Development Program and curriculum. Players will meet once a week for training with FC Dallas coaches and players.

CLICK HERE for more information on the FC Dallas program and philosophy.

The Souper Bowl has been a Y tradition for over 20 years. Thanks for joining us for this fun day to celebrate the finale of the 2018 YMCA Youth Football season. Each year the YMCA of Northwest Louisiana looks forward to this event as an opportunity to highlight the Y’s three focus areas of Youth Development, Healthy Living and Social Responsibility. We believe that when we can bring people together in a way that encourages these focus areas, our community grows stronger and everyone wins. Everything the Y does is in the spirit of building a better us in Northwest Louisiana.

Special thanks to volunteers Will Awagu, FCDallas,  and LSUS Men’s Soccer. 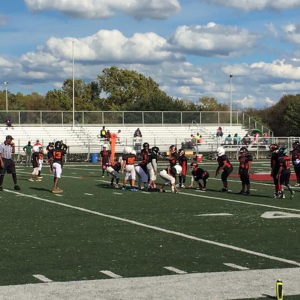 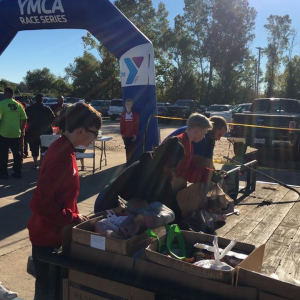 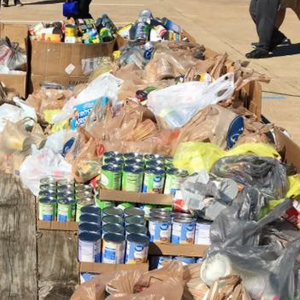 WE RALLIED TOGETHER FOR A BETTER US IN NORTHWEST LOUISIANA AND RAISED OVER $60,000 TOWARDS OUR ANNUAL CAMPAIGN GOAL!

YMCA Rally Day kicked off our Annual Campaign push for the YMCA of Northwest Louisiana. Every year, the YMCA’s Annual Campaign provides financial assistance for family memberships and youth sports participants based on need. Everything we do helps strengthen our community and the people who live here.

Throughout the BHP Billiton YMCA & the Downtown YMCA, we came together to REACH OUR GOALS AS A COMMUNITY! Area sponsors cheered us on with donations.

CHECK OUT HOW WE DID ON OUR COMMUNITY GOALS!

Thanks for celebrating with us at the After School Patio Party!! 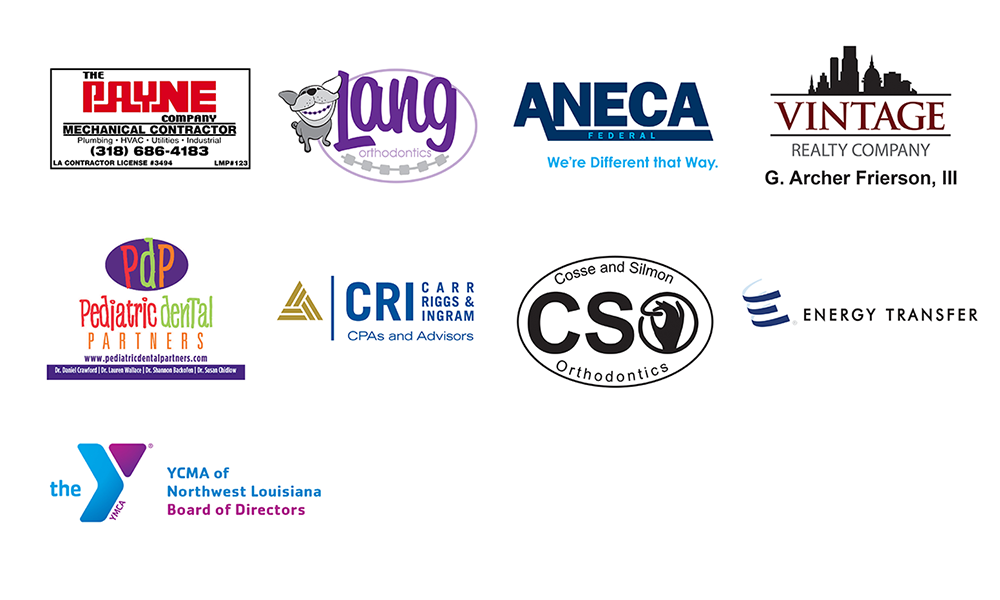 Couldn’t make it to Rally Day, but still want to support the Y’s Annual Campaign?

Give at any time and help the Y be all it can be for our community!!

GIVE ONLINE AND MORE INFORMATION HERE 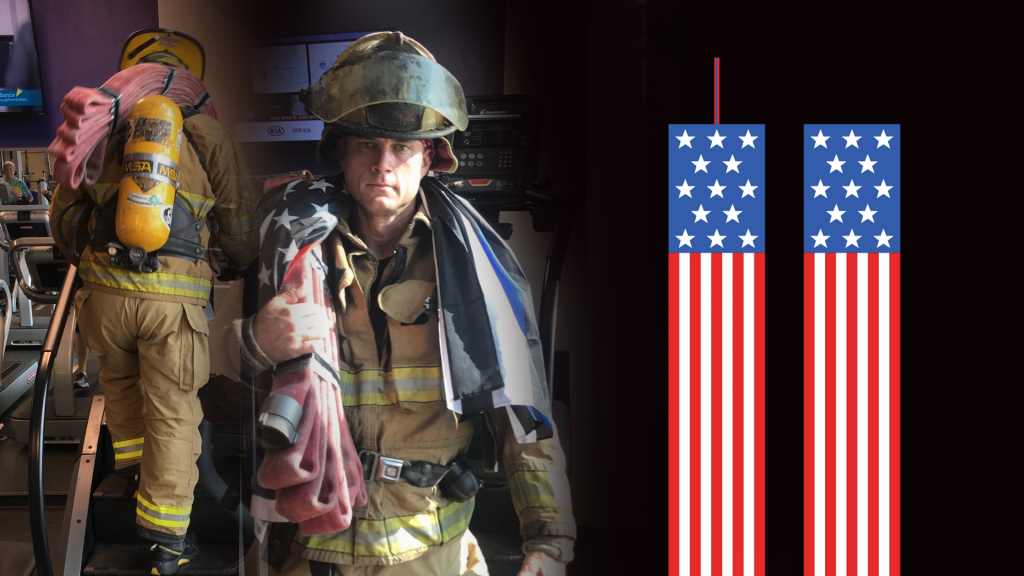 Thank you for joining us to honor the fallen TOGETHER!

See you next year!

Together over 100 participants climbed a total of 9,589 flights of stairs at the BHP Billiton YMCA! The money raised through your participation will be donated to a local first responders’ charity.  We hope to grow the event in years to come, and we will use this year’s accomplishments and participation as a baseline for future goals.  It was truly a pleasure to see the community come together and give through donations and physical effort to honor 9/11.

The Staff, YMCA of Northwest Louisiana

This event is inspired by the acts of Mr. Jay Muller, who personally honors the fallen by climbing 110 flights of stairs equipped in his fire suit. Thank you Jay for inspiring all of us!!!

Special Thanks to Casco Industries, Inc. Fire Equipment Sales & Service and BNB Systems for sponsoring this event with the Y. 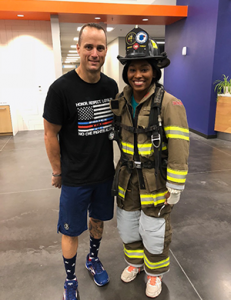 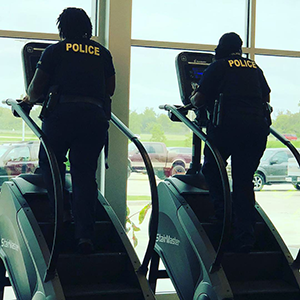 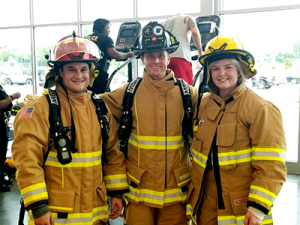 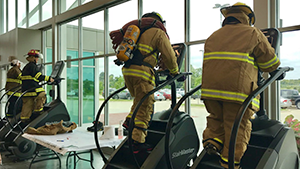 “The ultimate goal of youth participation in sports should be to promote lifelong physical activity, recreation, and skills of healthy competition that can be used in all facets of future endeavors.”

What is THE ULTIMATE GOAL?

THE ULTIMATE GOAL (“the Goal”) is a collaboration between the YMCA of Northwest Louisiana and Shreveport Physical Therapy and Sports Medicine to create all-around healthier young athletes, not just in body, but in mind and spirit, and to carry that health with them throughout their lives.

During The Goal, athletes meet with our team of physical therapists and coaches twice a week for three months.  Exercises, training, and education progress at a controlled rate throughout the program.  Because training needs, education, and assessments vary depending on age, sex, and sport(s), athletes are grouped accordingly.  Each athlete will receive a functional movement and biomechanical assessment prior to starting the program.  Assessments are then performed each month.  Objective measurements and assessments will allow both parent and participant to monitor improvements throughout the program.  Upon completion of our Level 1 program, athletes are allowed to progress to the next level.

What makes THE ULTIMATE GOAL different?