Give For Good 2019 to support Downtown Y Revitalization

What does this mean? It means your gift during Give For Good on May 7th means even more.

We are so grateful for the opportunity to watch our community come together in support of area nonprofits. We are privileged to be among the change makers that improve the quality of life for all of us in North Louisiana. The Y is excited to announce that donations received through this year’s Give For Good effort will benefit a pillar of our community and of our organization.

In 2017, we successfully replaced our aging Broadmoor YMCA and established the BHP Billiton YMCA.  This tremendous undertaking paves the way for a brighter and healthier future for our members, our community and the strength of our association.  However, it is now time for us to build on this positive momentum by investing in the very foundation of our organization which has loyally served our community since 1925, our Downtown Y.

All donations received during the 2019 Give For Good Campaign at the YMCA of Northwest Louisiana will benefit the continued renovation of one of our city’s architectural jewels, the Downtown Y.  Immeasurably rich in history and storied beyond measure, the dazzling landmark is the focus of a massive capital campaign now underway.

Please help us give one of our most prized institutions the first class historic renovation it deserves.  With your support, we can continue to be a facility that serves the needs of our Downtown Shreveport populace and surrounding neighborhoods while keeping health and fitness at the forefront of our downtown growth and resurgence.

Thank you for considering a gift to the Y on May 7, 2019. In order to be amplified, all gifts must be made through the Give For Good website. Your donation is fully tax deductible.

GOOD NEWS!!! You don’t have to wait until May 7th! You can go ahead and schedule your donation NOW! You won’t be charged until May 7th, and you’ll be on your way to making an impact.

Learn More & Give For Good

As we prepare for the Spring 2019 Soccer Season, YMCA of Northwest Louisiana Youth Sports is excited to announce a partnership with FC Dallas that will enhance our youth soccer program. This partnership brings together two quality organizations, both focused on providing a positive experience for young players.

YMCA Youth Soccer will continue to provide a comprehensive season of practices and games that allow children to gain new skills, develop a sense of team and connect with positive role models.

Our partnership with FC Dallas will give those who choose to participate, an additional level of training that aligns with the FCD’s Junior Development Program and curriculum. Players will meet once a week for training with FC Dallas coaches and players.

CLICK HERE for more information on the FC Dallas program and philosophy.

The 50-Meter Pool at the BHP Billiton YMCA will be closed for deck enhancements at the end of business on July 31, 2018 for 4-5 weeks. The Family Pool will remain open. Please stay tuned for reopening announcement.

During this project, YMCA – Red River Masters Team will conduct practices at the natatorium at LSUS – Shreveport.

Individuals that are YMCA Members that have also registered with Sunrise Triathlon Club will enjoy privileges at the natatorium at LSUS – Shreveport during the following times only:

We look forward to improving the natatorium in order to provide the best environment for your YMCA swim community.

Thank you for your patience. We apologize for the inconvenience and look forward to seeing you back in the pool SOON! 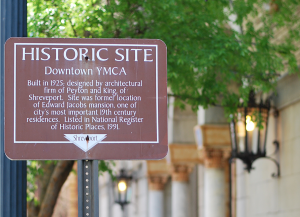 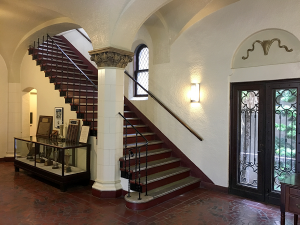 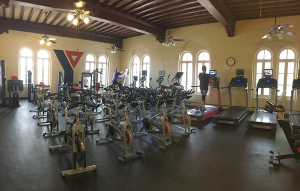 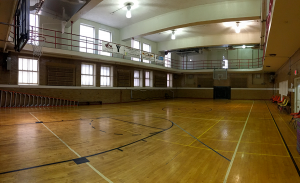 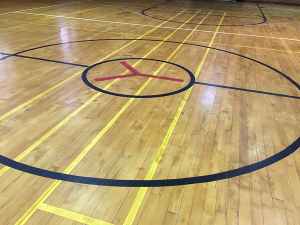 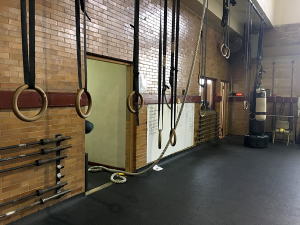 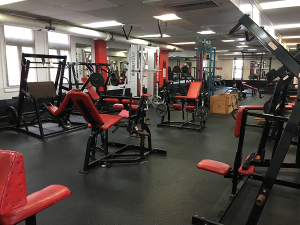 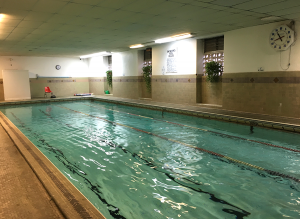 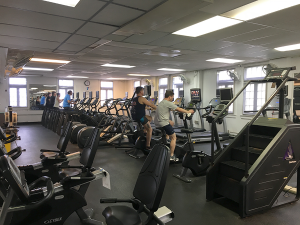 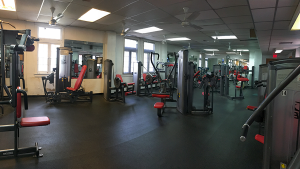 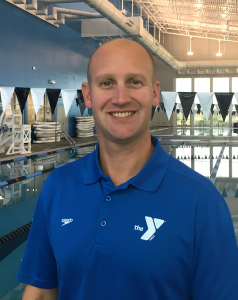 [Shreveport, Louisiana – November 3, 2017] – The YMCA of Northwest Louisiana welcomes John Janszen as the new Head Coach of the Red River Aquatic Club. Over 170 youth swimmers from Northwest Louisiana are part of this team. John brings years of coaching experience to Shreveport, Louisiana from Cincinnati, Ohio, where he most recently held the position of Assistant Director of Competitive Aquatics at Powel Crosley Jr. YMCA (PCY). His successes at PCY include the recent Men’s Team Champions at the 2017 Long Course YMCA Nationals. While at PCY, John worked primarily with swimmers age 11 and older. He also handled championship meet preparation for all senior athletes. John brings a wealth of administrative experience to RRAC and our Aquatics Program, having served as the Lead Team Administrator at PCY and as an Executive Committee Member, Webmaster, and Records Chair for the Southwest Ohio YMCA Swim League. Additionally, John serves as Assistant Meet Director for YMCA Masters Nationals.

Prior to coaching at PCY, John was Assistant Director of Competitive Swimming at the M.E. Lyons YMCA, after serving as Swim Team Director at the Coffman Family YMCA in Springboro, OH.  At Coffman, he succeeded in achieving record growth of the team size, produced Y National Qualifiers and National Finalists. John spent five and half years coaching in the college ranks at Miami University and Xavier University. At the collegiate level, he oversaw athletes who became All-Conference, NCAA Qualifiers, & US Olympic Trial Qualifiers, managed recruiting and strength and conditioning. A swimmer himself, John enjoyed four years of swimming for Xavier University.  He was a four-time Scholar Athlete Award winner and former school record holder.  John graduated in 2004 with a degree in Sport Management and earned a Masters of Education in Sport Administration in 2008. John is an ASCA Level IV certified coach. John and his wife Amanda are looking forward to becoming a part of our YMCA community.

RRAC Coach, Angie Carter shares, “I’m excited to have John join our coaching staff and look forward to all that he will bring to our program for these amazing kids!”

YMCA Aquatics Director, Mason McGee adds, “We have an awesome group of swimmers, families and coaches associated with RRAC, and I’m looking forward to the leadership and experience that John will contribute. His experience both as a coach and his prior leadership within the YMCA organization will be invaluable to the future of our program.”

Under the direct supervision of the Program Director, and in accordance with the Association’s and Branch’s policies and procedures, Assistant Swim Coach assists the Head Swim Coach and Associate Head Coach in providing direct leadership, instruction, and motivation for team members.

[Shreveport, Louisiana – December 21, 2016] – As the new BHP Billiton YMCA prepares to
open, Shreveport-Bossier’s newest aquatic club launches its youth swim team. The Red River Aquatic Club (RRAC) of the YMCA of Northwest Louisiana was launched in mid- December and is already building a team of young athletes. The BHP Billiton YMCA, with its 50-meter indoor pool, will be home to this new program, and will allow these young swimmers the opportunity to both train and compete in a state-of-the-art facility.
Mason McGee, Aquatics Director for the YMCA of Northwest Louisiana, brings two new coaches
aboard to lead the Red River Aquatic Club’s youth swim team. Maureen Ratliff will serve as
Head Coach/Team Director and Angie Carter as Associate Head Coach. Mason is excited to
welcome this talented team of coaches and to introduce the Red River Aquatic Club as a new
program of the YMCA of Northwest Louisiana.
“Both Maureen and Angie’s experience and enthusiasm for helping athletes reach their full
potential is exactly what we wanted in our coaching staff. They’re passionate about elevating
the sport of swimming not just in our local area, but also in the state of Louisiana.”
– Mason McGee, Aquatics Director, YMCA of Northwest Louisiana

Maureen was born in Los Angeles California, and she competed for Canyons Aquatic Club
through high school. As a member of the University of Florida swim team, she was a 21-time
NCAA All-American. She was a finalist at the U.S. Olympic Trials in both 2000 and 2004, SEC
champion, and NCAA record holder. Maureen was also a member of the U.S. Swimming
National Team from 2001-2005. After graduation from the University of Florida, Maureen
started her coaching career with the Rattler Swim Club in San Fernando, California. She then
moved to Lexington, Kentucky where she coached for the Lexington Dolphins Swim Team. Prior
to taking the position as Head Coach of RRAC, Maureen was the Head Coach of Christus
Louisiana Aquatics. While at Christus Louisiana Aquatics, Maureen was instrumental in taking a
team of less than 20 swimmers and building it into a team of over 150 swimmers. Athletes
training under Maureen have achieved qualifying times for Olympic Trials, Nationals, and
Futures. Maureen is married to Will Ratliff who also competed as a swimmer for the University
of Florida. They have three boys Owen, Cole, and Ford.

Angie began her swimming career at age 7 under the instruction of the University of Tennessee
swim team coach, Ray Bussard. She moved to Florida and had a successful high school career
with Swim Florida where she was a National Qualifier and State Champion. Angie graduated
from the University of Tennessee as a letter winner on the swim team. She began her coaching
career as an Assistant Coach for the City of Shreveport Swim Team. She also is now the head
coach of the Town South summer league team. In 2013 she began coaching at Christus
Louisiana Aquatics and was promoted to Associate Head Coach in 2015. Angie is married to
Steve Carter who also swam competitively through college at the University of Tennessee. They
have two children, Grace and Graham, who both swim for RRAC.

“When you bring together incredible coaches, excited young athletes, and a facility of this
caliber, and you support them them with the values of the YMCA, great things are going to
happen. Our whole community will benefit from the energy of this program.”
– Gary Lash, CEO, YMCA of Northwest Louisiana
Additional Aquatics programming at the BHP Billiton YMCA will include:
– U.S. Masters swim team
– Private and group swim lessons
– Open swim and recreational swim opportunities
– Water based aerobics classes
– SUP paddle board Yoga
Those interested in their child joining Red River Aquatic Club (RRAC), should sign them up for
an upcoming evaluation date at https://ymcanwla.org/programs/aquatics/.

Help Pave The Way To The New Y! 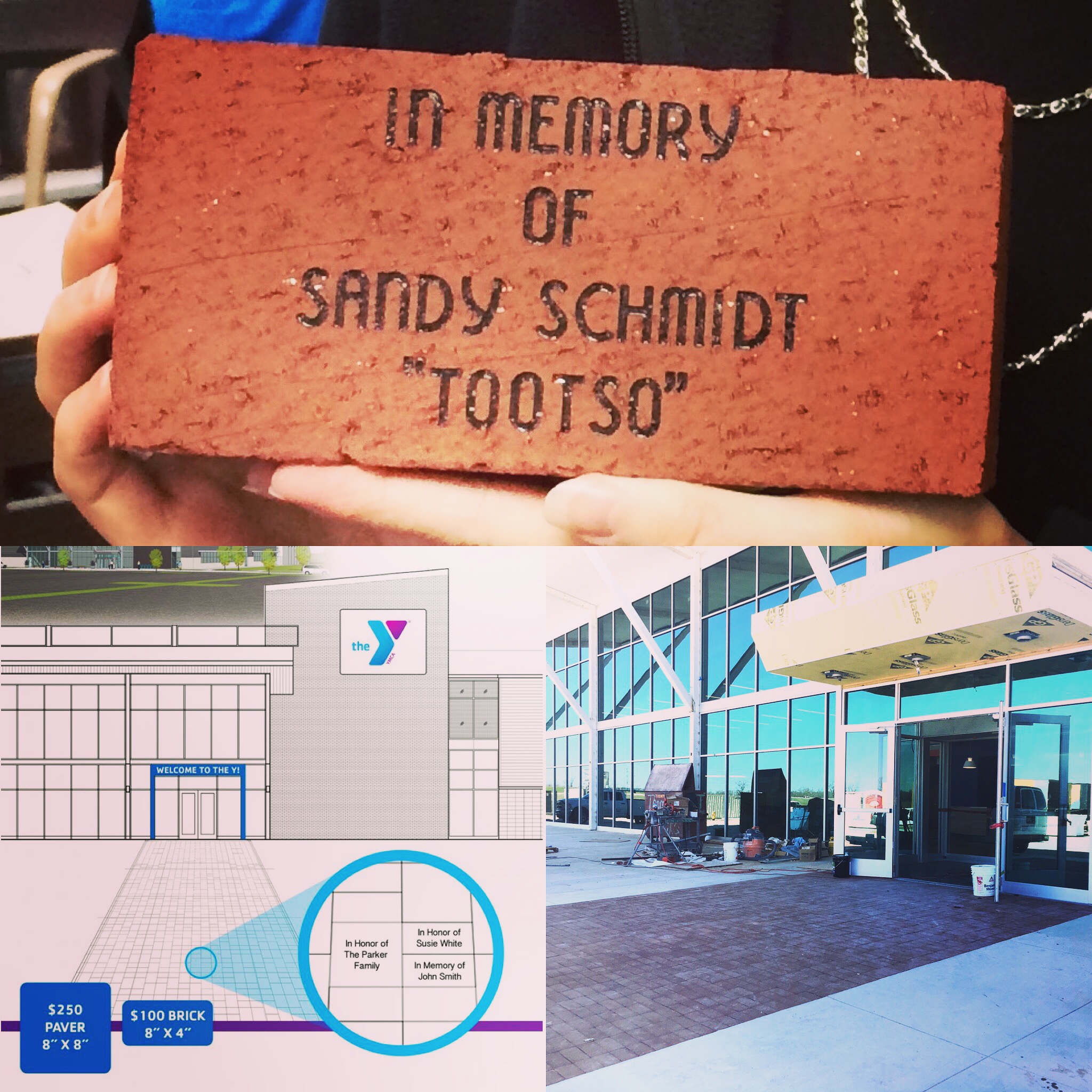 IN PERSON OR BY MAIL
Turn in this form along with a check to the Y at either location or mail to P.O. Box 566 Shreveport, LA 71162 (Checks should be made payable to YMCA of Northwest Louisiana)

ONLINE
Email this form to juliem@ymcanwla.org and make your payment online
Give

The YMCA of Northwest Louisiana is a 501(c)(3) organization; this donation is fully tax deductible.

What causes that “chlorine smell” and what we are doing about it in our new aquatic center? Check out the incredible technology built into these pools.

Chloramines are the chemical compounds that give most pools that distinct “chlorine smell.” They are also responsible for burning eyes and respiratory problems. In our new pools, we have installed Paddock Evacuator Gutter Systems that will remove these irritating compounds. As demonstrated in the video, the system removes chloramine compounds from the surface of the pool before they enter the room’s air. Overall this will lead to a more enjoyable and healthier swimming experience.

– Core on the Board