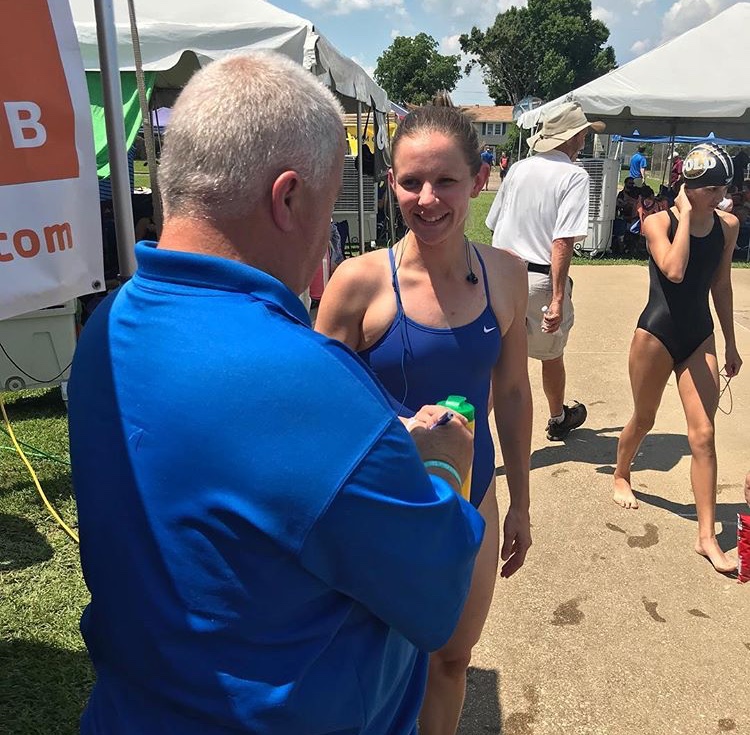 Not every swimmer competing in Saturday’s second day of the 31st annual Damon McCoy Invitational was wearing braces or still hoping for a high school diploma. Some were getting long in the tooth while competing in the sultry temperatures in the emotionally overheated environment.

Consider the case of Amanda Janszen, who was in the water Saturday and swimming for more than to cut her qualifying time. Sure, there was plenty of that. After two meet records were broken Friday afternoon, three more fell Saturday morning and one Saturday afternoon as the meet rolled through another hot day.

The 30-year-old Janszen isn’t about to slow down anytime soon either and wasn’t out to set a meet record. The wife of YMCA swimming coach John Janszen is a U.S. Master Swimmer who recently moved to northwest Louisiana from Cincinnati due to her husband’s job.

“There were lots of Masters meets about every other weekend in the Cincinnati area, but I have to drive three to four hours to find one around here,” Janszen said. So, there was Janszen lined up at the Southside Swim Club pool against 15- to 16-year-old swimmers in the girls’ 200 butterfly, her specialty.

USA Swimming has no age restrictions for its meets, so competitors of any age can swim in the oldest age bracket.

The Janszens swam collegiately with Amanda competing for Depauw Unversity and John at Xavier University. Neither have branched out into triathlons, as have some in their age bracket.

“I don’t like running, and I don’t like it,” Amanda acknowledged. “My husband likes to ride bikes, so I try to do that some.”

“Gary’s personal drive – he likes to please – is one of his top motivating factors,” said coach Rich Mills. “His practices are impressive because he knows just one speed. It’s hard to slow him down when he needs to slow down.”

Among the top finishes by a City of Shreveport Swim Team competitor Saturday afternoon was a third-place finish in the 50 fly by Brooke Fegley (29.27). Winning that event was Leigh McGee of the Mississippi Makos (28.64) with Jojo Daspit of Magnolia in second (28.67).

The Damon McCoy event will conclude Sunday with another round of races slated to run throughout the day. 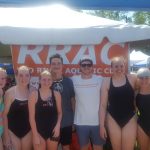 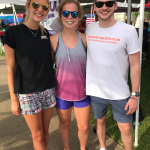 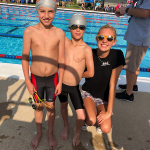